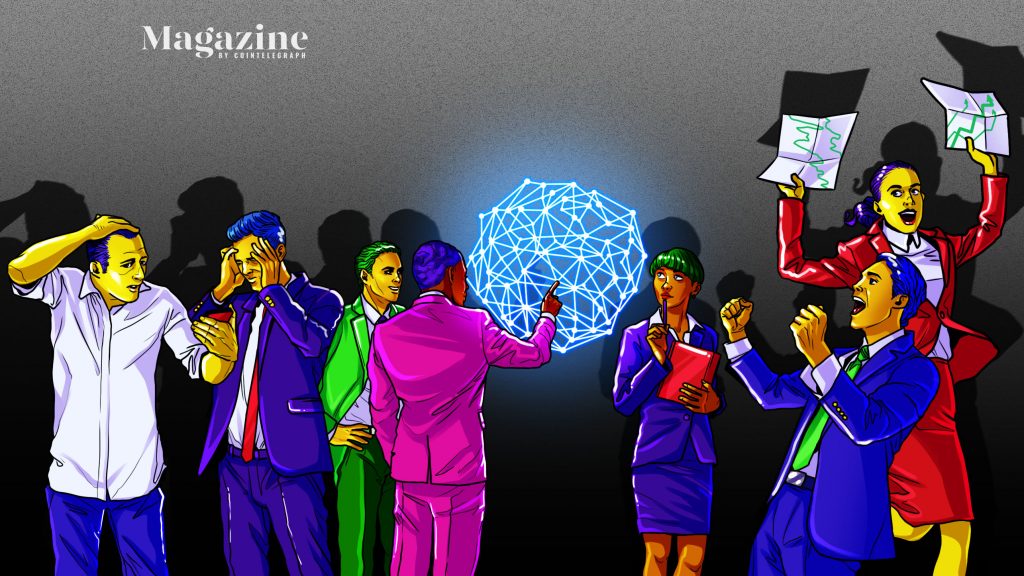 What really goes on at a crypto OTC desk?

Over-the-counter, or OTC, trading refers to any trading that is not done via an automated exchange. What exactly is OTC trading? Who does it, and why? To learn more about what an OTC desk is and how these “under the radar” exchanges operate, Magazine spoke to a few insiders to get the scoop.

The most popular conception of OTC trading revolves around massive off-market deals, like when companies such as MicroStrategy make multimillion-dollar purchases using OTC desks run by the likes of Coinbase or Kraken.

OTC trading is, however, not the exclusive domain of the rich, as it can also refer to peer-to-peer platforms like LocalBitcoins, which has been helping individuals trade BTC both in-person and via bank transfer since 2013. Even some crypto ATMs can be categorized as OTC trading, as these transactions do not always clear on an exchange. In between these two are medium-sized regional OTC desks, which facilitate purchases and sales of crypto by both individuals and companies.

What really goes on behind the scenes at an OTC desk?

Why do people seek out OTC deals in the first place when existing exchanges like Binance and Coinbase offer easy fiat on-ramps?

Amin Rad, CEO of Dubai-based OTC broker Crypto Desk, explains that this way of trading offers advantages for some people. He says there are only “a few ways of converting fiat currency into cryptocurrency,” highlighting three:

1. Credit and debit cards are a popular way for new users to purchase cryptocurrency via an exchange, but they come with high fees of up to 10%. However, many banks and credit card issuers still consider such transactions suspicious, locking or even closing accounts after learning the nature of the transactions. On the exchange side of things, the credit cards of certain countries — including Russia, Kazakhstan and Ukraine — are automatically rejected. “A further limitation is that users cannot sell crypto in this way, only buy it,” Rad adds, as it is usually impossible to “withdraw” money onto a credit card.

2. “The second channel is purchasing through bank transfer,” he says, which involves sending fiat to an exchange’s bank account. Rad considers this problematic because many banks, in some countries more than others, don’t want to be associated with cryptocurrency nor have their clients trade it. “When people purchase crypto via bank transfer, they usually conceal the actual purpose of their transfer to avoid having their bank account closed ,” he says, with his views likely most applicable to his own region, the United Arab Emirates. [Editor’s note: Don’t lie to your bank lest you end up like Peter McCormack .]

Banks that do tolerate transfers to cryptocurrency exchanges may still involve their compliance teams to ask detailed questions regarding the exact destination of funds and the reasoning behind crypto purchases. And when transfers do go through, they can take several days. Someone might try to wire money to an exchange on Monday to buy BTC at $30,000, only to watch it rise to $40,000 before the money arrives on Thursday.

3. OTC is the third method, allowing buyers and sellers to exchange directly or via a trading desk such as the one Rad operates. No credit cards are involved, and banks cannot easily determine that the funds sent to them are destined to be used for cryptocurrency. With immediate confirmations of receipt, there is no need to wait around for days and potentially miss an opportunity.

Rad in his Dubai office.

“A big driver of OTC is that it allows a buyer to deal with larger amounts of cryptocurrencies, such as 100 BTC from one seller at one agreed price, as compared with buying over an exchange,” explains Jerry Tan, OTC payments manager at Singapore-based exchange XT , which operates an OTC desk.

From the perspective of whales, such as funds that deal in large sums of cryptocurrency, OTC desks are valuable due to their ability to conduct large trades without moving the market against them. This effect is known as “slippage” and occurs when large-scale buying causes prices to immediately rise before the targeted amount of cryptocurrency has been purchased, while selling causes it to fall before it’s all sold.

“Odds are that a single seller in the order book is not able to transact such a large amount as 100 BTC. Hence, you will need to buy from multiple sellers at higher prices. This is where slippage from your initial desired price occurs.”

Despite the many reasons to engage with OTC trading, there are risks, according to Victor Olmo, fund partner at NewTribe Capital . “One of the most significant is counterparty risk — the possibility of the other party’s default before the fulfillment or expiration of a contract,” he explains. Scams are another common pitfall, many of which were described in a recent Journeys in Blockchain article profiling Rad and his Crypto Desk OTC exchange. 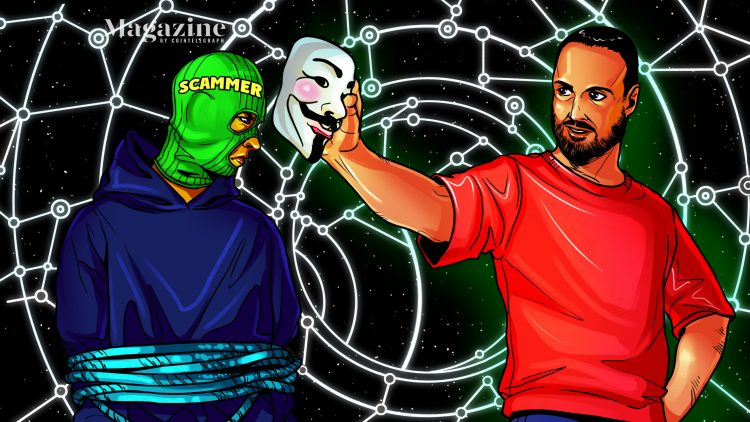 Rad told his story, and gave tips on avoiding crypto scams, in a recent Journeys in Blockchain article.

Though Rad’s operations are local to the UAE, he says clients tend to fit into two major categories: Local buyers of cryptocurrency tend to represent “traditional finance” diversifying into the industry, while expat sellers already hold crypto and need to swap it for local currency “in order to purchase real estate, cars and pay their living expenses in the UAE.”

These expenses may even include the purchase of real property, in which case it is quite understandable that neither sellers nor buyers want to risk going through a traditional exchange and bank transfers, as banks may block, freeze or question large sums being withdrawn directly from crypto exchanges. Though his daily turnover is in the single-digit millions, it tends to consist of several much smaller OTC deals that are not above the means of fairly normal people — many of whom do not want to risk trouble with their banks, which might block transfers between crypto exchanges.

The Dubai-based Crypto Desk is an example of a brokerage with a comparatively more lenient regulatory threshold, as clients must only prove their identity and sign a declaration letter saying that they are not involved in terrorism, money laundering or trading with sanctioned countries. “Once we obtain the KYC and CT/AML Declaration Letter from you we safeguard ourselves from almost all legal complications that may arise due to the risky nature of financial transactions. We may however ask for extra documentations at our discretion in case we deem the transaction is high-risk,” Rad says adding that he is not required to report transactions, no matter their size, but that he keeps records indefinitely.

When it comes to other OTC desks, regulations are usually on par with normal exchanges in terms of KYC identity requirements, though they tend to be less policed.

According to Panu Peltola, chief compliance officer of Finland-based LocalBitcoins, most regions in the world are tightening regulations. He cites Asia as having some of the “most advanced” regulations, followed by North America.

“The EU is just planning more comprehensive regulation,” he notes regarding proposed rules to flag all transactions over 1,000 euros from “unhosted wallets” — any wallet whose private keys are not held by a centralized company like a crypto exchange or payment provider.

“Global policymakers have taken note of the increasing volumes and adoption rates and are currently balancing innovation, growth and risks.”

In the United States, all transactions above $10,000 involving cash must be separately reported to the Internal Revenue Service, regardless of whether an individual or financial institution is receiving the cash. This form requires the full personal information of whomever the cash was received from. Though only a minority of OTC deals involve physical cash, this $10,000 line in the sand, similar to the EU’s proposed 1,000 euro limit, also marks the maximum limit after which financial institutions across the U.S. must report electronic money transfers. The real values of these sums are notably getting progressively smaller due to compounding inflation.

When cash changes hands, the IRS wants to know all about it! Source: IRS

The regulatory landscape in Asia, which has many more countries and lacks supranational centralized decision-making organs like the EU, appears more fragmented and difficult to describe, with each country having its own existing and forthcoming regulatory procedures. Mainland China, a country with strict capital controls, is perhaps the most restrictive , with its ambition to completely ban trading and mining. In October 2021, Cointelegraph spoke with Henri Arslanian, PwC crypto lead and former chairman of the FinTech Association of Hong Kong, regarding a “flood” of brick-and-mortar OTC shops , many of which are located in touristic areas to cater to visitors from the mainland.

“One could assume that if mainland Chinese tourists visit Hong Kong, nothing will stop them from buying crypto at these OTC shops.”

But even Hong Kong, a place once considered among the world’s most financially open, is on the cusp of banning the retail trading of cryptocurrency, which would theoretically include OTC, likely sending OTC shops underground.

Singapore recently introduced stricter measures, according to Tan from XT. “Companies that wish to operate cryptocurrency trading and OTC services to Singaporeans have to obtain a license from the Payment Services Act,” he explains, adding that exchanges without the PSA license are not allowed to offer services to Singaporeans. In addition, all Bitcoin ATMs on the island were ordered to shut down earlier this year.

So, how do OTC desks make money? With spread, in a way comparable to normal exchanges. While popular exchanges might charge 0.25% on transactions, it is common for OTC desks to take well above 1% in commission. Back in 2017, 2%–3% margins were common, Rad says.

Fundamentally, an OTC desk operates either by matching buyers and sellers or by fulfilling orders automatically from its own liquidity pool, with the former carrying less overhead and risks for the exchange and the latter allowing for instant transactions. “That’s why clients prefer to deal with me,” Rad says regarding his desk’s advantage in having its own pool of funds that allow for reliable transactions. 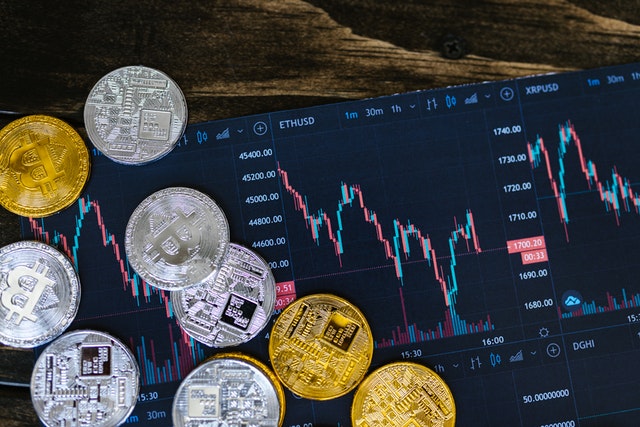 OTC desks provide a way to avoid slippage on exchanges.

Another differentiator between desks is whether they trade fiat for cryptocurrencies like Bitcoin or Ether or only for stablecoins like USDT or USDC. In recent times, there has been a trend toward stablecoins because they give buyers greater flexibility to exchange into more volatile cryptocurrencies when they see fit. Some exchanges such as Rad’s Crypto Desk deal exclusively with stablecoins, further reducing the risks of maintaining a liquidity pool.

Rad is confident that the OTC market will flourish, both among retail and institutional clients, due to its more direct, intimate nature when compared with larger exchanges. For many, dealing person-to-person is more comfortable than wiring money to an exchange overseas, especially when it comes to making large, one-off transactions.