This “Crypto City” guide looks at Tokyo’s crypto culture, the city’s most notable projects and people, its financial infrastructure, at which retailers accept crypto and where you can find blockchain education courses — and there’s even a short history with all the juicy details of famous controversies and collapses.

The largest city in Japan — actually an amalgamation of 23 different wards — is well known for its quirky cafes, famous nightlife, and that mix of modern and ancient which continues to make the country a popular draw for tourists. Many visitors from around the world are often surprised at Tokyo’s massive — yet nearly perfectly on time — transit system that can carry them from Narita Airport all the way to the southern city of Kagoshima within a day.

Before becoming the high-tech modern city it grew to be in the 1970s and ‘80s, Tokyo started as a small fishing village named Edo. The shogun — essentially the highest leader in Japan, whose influence rivaled the emperor’s — established a military government in the area in the early 17th century. However, the city received its namesake as the “eastern capital” at the start of the period known as the Meiji Restoration, when the imperial capital in Kyoto was moved to Edo.

Tokyo has been home to two summer Olympics, in 1964 and 2021, and hosts sumo tournaments, baseball games and international conferences in addition to being the setting of movies like Godzilla, Kill Bill, You Only Live Twice and many others. Though often portrayed in the media as a homogeneous culture of people packed tightly together, a number of foreign nationals reside in Tokyo’s 23 wards with a variety of political viewpoints alongside their Japanese neighbors.

Many consider Japan as a country with a social system of insiders and outsiders, permeating every aspect of life in the country, from time with families to the legal system. Children with successful jobs often live with, or house, their parents for decades, and the work culture — while seemingly aimed at promoting a sense of camaraderie — has been criticized for exceptionally long hours, few vacations and an inflexibility for solutions outside of the box.

Even before the pandemic shut Japan’s borders to most temporary visitors, less than 3% of the country’s 126 million people were non-Japanese citizens, but there are reports the percentage may be three times larger in Tokyo. The country faces challenges including a rising aging population, courts with an unrealistically high conviction rate and underrepresentation from women in government and business.

Despite the etymology of Satoshi Nakamoto, experts and investigators have not definitively proven the legendary Bitcoin creator was Japanese — though they claimed to have lived in the country. While the search for Satoshi continues (and it’s unlikely to be Dorian Nakamoto, the man most pictured), Japan has been a popular place for crypto conferences and meetups.

Japan was one of the first countries to recognize digital currencies as legal property under its existing regulatory framework. According to the organizer of the Tokyo Bitcoin Hackers group, an American living in Japan known as Wiz, “The markets were crazy” in 2017 and token projects attracted a lot of attention from Japanese investors.

At the time, the government required crypto exchanges and brokers to register with the country’s Financial Services Agency, with Kraken not meeting the requirements and being forced to shutter operations until late 2020. Tokyo has been home to many exchanges, including Mt. Gox (now defunct), bitFlyer, Liquid, Coincheck and even Binance briefly before the major exchange relocated to Malta.

“Meetups were very popular with lots of newbies wandering in, and mainstream media like NHK and TV Tokyo news crews would show up at the meetups with big video cameras and want to interview people and ask them silly questions like ‘how many Bitcoin do you own?’”

Another Meetup group, Bitcoin Tokyo, regularly gathered at different venues across the Roppongi, Shibuya and Akasaka districts, home to some of the first bars to host crypto ATMs and accept payments in Bitcoin starting in 2013. Roger Ver, the CEO of Bitcoin.com who moved to Japan in 2005, was the initial organizer of Bitcoin Tokyo, which met from 2011 until 2018.

Although many foreign athletes were allowed to enter Japan for the 2020 Olympics that were held this year, there is no timeline for determining when short-term visitors will be once again able to attend in-person crypto and blockchain conferences in Japan. Tokyo is scheduled to host the TEAMZ Blockchain Summit and the Blockchain and Internet of Things Conference in 2022, but the city has been in and out of a state of emergency since the pandemic started, making it unlikely for groups to gather anytime soon. 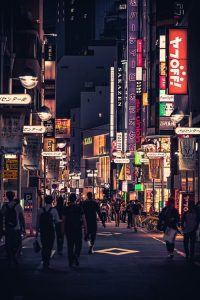 In the private sector, as in the United States, many major Japanese companies are searching for ways to give investors exposure to crypto without incurring the wrath of regulators. Financial conglomerate SBI Holdings is reportedly planning to set up one of the first crypto funds in Japan, and this year the Sumitomo Mitsui Trust Bank launched an asset-backed securities token in partnership with Securitize. U.S.-based crypto exchange Coinbase ​​launched a series of retail trading products for Japanese users in 2021 and financial giant SBI Group is the parent company for crypto trading platforms including TaoTao and B2C2.

Japan’s Financial Services Agency has approved 31 registered crypto exchanges in the country, many of which are headquartered in Tokyo. These include Quoine, Huobi Japan, GMO Coin, bitFlyer, Liquid, BTCBOX, Bitpoint, Bitbank, SBI VC Trade and Coincheck. Though the agency has strong regulatory requirements for the crypto industry in Japan, it has also launched the Blockchain Governance Initiative Network. The project is aimed at driving the development of the blockchain sector through open-source information sharing.

Other projects that may have a future in Tokyo include blockchain-based payments firm Ripple Labs. The company’s leadership has hinted it would consider relocating outside the United States and Japan was in the running for a possible headquarters. 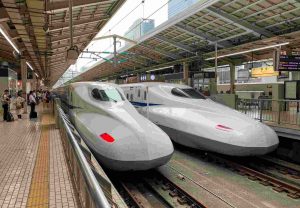 In 2014, the first Robocoin Bitcoin ATM in Tokyo was installed at The Pink Cow, a bar and restaurant in Roppongi. The area is popular among many foreign residents and visitors for its nightlife and continues to be one of the more prominently pro-crypto districts in terms of accepting tokens. Though there are currently no crypto ATMs operating in Japan following stricter regulations, some businesses around the city’s 23 wards do accept crypto payments for goods and services.

Where can I spend crypto?

Until very recently, Japan was largely a cash-only society, with credit card payments limited to mainly high-end restaurants and hotels. Bank transfers are still widely required for services — and might even demand customers fax in the paperwork — but these practices are slowly fading as new technologies gain more of a foothold.

In Tokyo, electronic giant Bic Camera currently allows retail customers to spend up to 100,000 yen — roughly $911 — in Bitcoin using the payment app from cryptocurrency exchange platform bitFlyer. Aside from the major retail stores, many restaurants and bars in the area including Two Dogs Taproom, Dot Blue, Irish Pub Craic, Dot Raw and Y2T Stand accept Bitcoin or Bitcoin Cash. Though the Bitcoin ATM at The Pink Cow no longer exists, crypto is still welcome as a medium of exchange for food and drinks, as it is at the ramen shop Jinanbou.

According to Coinmap, there are 116 retail outlets in the Tokyo area that accept crypto.

Some figures within the Japanese government have expressed interest in developing a digital yen for payments and cross-border transactions, but the country has yet to sort out many details. The Bank of Japan originally announced plans to develop a CBDC in October 2020 and launched its first phase of a pilot program in April 2021. 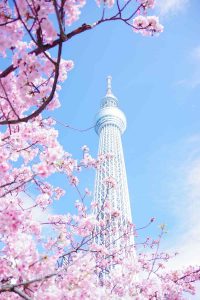 The University of Tokyo currently offers a course on innovation in blockchain at its graduate school of engineering which is scheduled to run until Oct. 31, 2021, while the Tokyo Institute of Technology provides education on crypto and blockchain within existing courses at its school of computing. In addition, Ripple Labs has partnered with Kyoto University and the University of Tokyo as part of its University Blockchain Research Initiative, providing resources to students to support industry research.

The Shibuya district of Tokyo was once the home of one of the largest Bitcoin exchanges in the world, Mt. Gox. Launched in 2010 by programmer Jed McCaleb and later purchased by developer Mark Karpelès, the exchange was the target of two major hacks in 2011 and 2014. Mt. Gox subsequently collapsed in early 2014, resulting in the loss of 850,000 BTC, approximately $460 million at the time.

Still in the process of refunding the exchange’s clients, the Mt. Gox saga has not completely ended. In 2018, the Tokyo District Court approved a petition for the exchange to begin civil rehabilitation, and creditors are aiming to vote on a compensation plan starting in October 2021. Authorities ultimately acquitted Karpelès of embezzlement charges related to the exchange but found him guilty of altering financial records.

“The first front-page news event about Bitcoin was the Mt. Gox bankruptcy,” said Wiz. “At that time, people got a very negative image of Bitcoin. After that, during the 2017 bubble, people felt comfortable to gamble because the Japanese government had regulated exchanges, and many of them were large well-known Japanese companies operating them, so they felt comfortable to trade on them.”

Other major Tokyo-based exchanges have similarly been mired in controversy. In 2018, hackers stole roughly $60 million in crypto from the Zaif exchange, while a separate group removed more than $500 million worth of NEM from Coincheck’s wallets, one of the largest crypto thefts by value at the time. 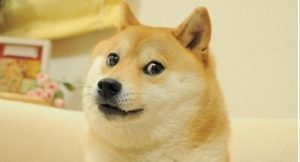 The Shiba Inu behind the famed Doge meme is a Tokyo resident.

If you have any suggestions for additions to this guide, please contact turner@cointelegraph.com